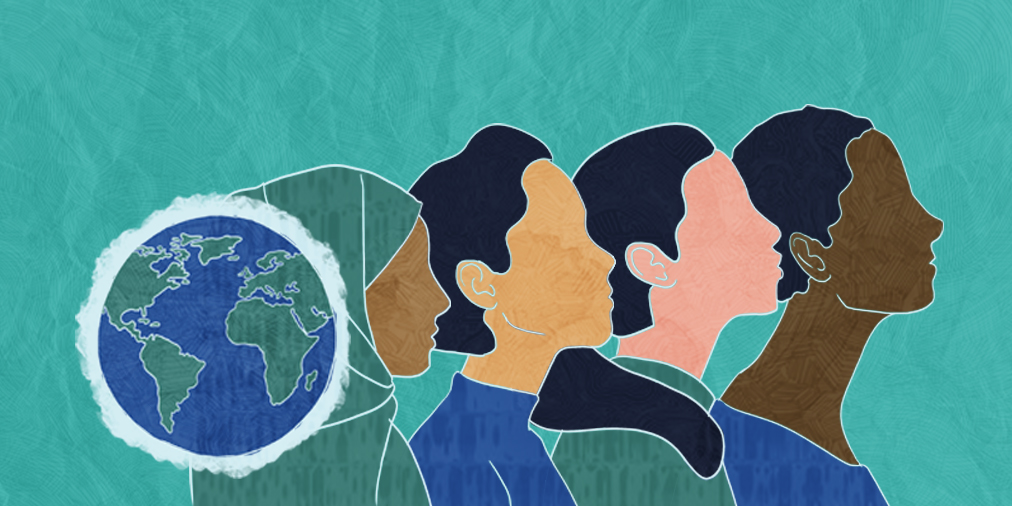 International Women’s Day 2022: More women in climate leadership, but gender equality is yet to be met

In a speech upon her appointment as the first Indigenous Governor General in Canada in July 2021, Mary Simon spoke about the disproportionate and devastating impact of climate change on Indigenous communities in Canada’s Arctic.

“Our North is a well-lived and lived-in homeland for Inuit, First Nations and Métis people,” she said. “Our climate allows society to be possible.”

In Canada, like in many other places around the world, those that contribute the least to climate change are enduring the most of its impact. Yet, despite being more vulnerable to the impacts of climate change, Indigenous people, and Indigenous women, have long been excluded from leadership roles that could help to address this profoundly unequal phenomenon.

Data from the 2022 SDG Gender Index shows that leadership of national delegations on climate change has become more gender equal, and more women are participating in decision-making spaces around the world. In recognition of the theme “Gender equality today for a sustainable tomorrow” which celebrates the contribution of women and girls who are working to change the climate of gender equality, the Governor General’s words resonate deeply.

‘Back to normal’ is not good enough

Change, however, is slow. The data shows that while many countries are making progress, others are achieving none, and some are even moving in the wrong direction. The 2022 SDG Gender Index uses a wide range of datasets and indicators to judge the impact of climate change on women and girls to track global progress towards gender equality. It serves as both a warning, sounding the alarm on problematic areas and calling attention to risk, and a spotlight, revealing areas of strength and unexpected headway.

A reason for hope

Let us begin, however, on a positive note: the Index shows that 55 per cent of countries, including Canada, made ‘some’ or ‘fast’ progress on the climate change leadership and women’s participation in climate change leadership’s measure. The 10 fastest moving countries from 2015-2020 are in the Global South, and many of them have made notable progress on the three indicators related to Sustainable Development Goal 13 on Climate Action, namely: climate change leadership, women’s perception of environmental policy and climate change vulnerability. The Sub-Saharan Africa region ranked second only to the Asia Pacific region on women and the environment, out-performing Europe and North America, Latin America and the Caribbean, and the Middle East and North Africa.

Women are at the forefront of climate change leadership in many of these countries. India and Indonesia, for example, rank among the top countries in the Asia Pacific region for their progress on Goal 13, which is driven in part by women’s representation on climate change delegations and the share of women who are satisfied with efforts being made to preserve the environment. Continuing this trajectory in other regions is important if we are to see more rapid progress by the next edition of the Index in 2025.

Now, for the bad news.

Worryingly, the Index shows that the two indicators on C02 emissions and climate vulnerability had the largest number of countries either making ‘no progress’ or even moving in the ‘wrong direction’.  North America and Europe, regions that perform relatively well on other indicators, made no progress between 2015 and 2020 on these two indicators. And in Latin America and the Caribbean, the region’s score of 56.8 constitutes a ‘Very Poor’ overall performance on Goal 13.

These findings show that achievements in advancing gender equality in the context of the climate crisis are too slow and patchy at best. Goal 13 is one of the three SDGs with the lowest global average Index scores, along with Goal 17 on partnerships and Goal 16 on justice. It is deeply concerning that the world continues to fall short on these crucial areas, which can address some of the highest priority issues for girls and women.

Ranking countries’ progress towards gender equality within the context of the climate crisis through existing available data is only half the battle. Gender data gaps – areas where data is not disaggregated by sex or not collected at all – persist across all sectors. EM2030 and its partners have faced major challenges in collecting data which allows for the gendered examination of environment and climate issues. The lack of data on many environmental issues means we are left in the dark on women’s needs and contributions in many contexts.  For example, we could not include SDGs 12 (Responsible Consumption and Production), 14 (Life Below Water) and 15 (Life on Land), because of a lack of social impact indicators for these SDGs, let alone indicators that can be used to understand how these issues affect girls and women.

But of course, data alone is not enough for successful advocacy. It needs to be accessible, usable, and communicable. This is precisely why our work at EM2030 to connect data and evidence with advocacy and action on gender equality is essential to meaningfully transform the lives of women and girls around the world.

Gender equality is still within reach

On International Women’s Day, we echo calls to celebrate women’s participation and leadership in climate change adaptation and mitigation. This may be an ambitious goal, but it is still within reach. Upon her installment, Canada’s Governor General promised to “promote and recognize leading examples of community and Indigenous-driven conservation and of climate action” to inspire other Canadians. Gender data will allow other global leaders to examine the opportunities, as well as the constraints, to empower and rally behind women and girls to have a voice, make decisions, and contribute to building a sustainable future for us all.