Status: ‘No progress’ since 2015 and ‘poor’ overall score

2020 Regional ranking: 11 of 21 countries in Latin America and the Caribbean

The 2022 SDG Gender Index shows a ‘poor’ performance by Colombia towards gender equality. While in line with the regional average, Colombia’s score (66.8) has not changed since 2015, and it has been overtaken in the Index by other countries in Latin America and the Caribbean.

Across the Sustainable Development Goals (SDGs), Colombia scored best on SDG 6 on water (91 points). The 6-point improvement since 2015 has been driven by advances in access to sanitation (Ind. 6.2) and women’s perceptions of water quality (Ind. 6.3). Its greatest improvements since 2015 has been ‘fast progress’ on SDG 9 on innovation (increased by almost 9 points since 2015), through gains in women’s access to the internet (Ind. 9.3) and women in science and technology (Ind. 9.4). Yet, at just 58.5 points overall, Colombia has still performed ‘very poor’ on SDG 9.

SDG 5 on gender equality shows ‘some progress’, though three of five indicators remaining static since 2015. The proportion of women in ministerial positions (Ind. 5.5) increased from 59 points in 2015 to 74 points (equivalent to women holding 37 per cent of posts) in 2020.

Colombia’s progress on gender equality has stagnated since 2015.

In 2016 the Government of Colombia signed the Final Peace Agreement with the Revolutionary Armed Forces of Colombia – People’s Army (FARC-EP) guerrilla group, to end the armed conflict of more than 60 years. One of the fundamental objectives of this Agreement is to fulfil the rights of women and girls, and it contains 130 specific measures to guarantee these rights under six parts. These parts link directly to the 2030 Agenda for Sustainable Development, making the Agreement a key instrument for the achievement of the 17 Sustainable Development Goals (SDGs) in Colombia.

According to the 2022 SDG Gender Index, Colombia’s progress on gender equality stagnated between 2015 and 2020, with the country obtaining an overall ‘poor’ score of 67 points out of 100. This can be explained by the fact that – although important advances have been made in the implementation of the Final Agreement in the five years since signing – there is still a significant delay in introducing the 130 measures for women on crucial issues such as their political participation.

The Congress of the Republic approved a gender parity law requiring political parties to put forward equal numbers of female and male candidates for roles in public corporations (where five or more seats are elected). However, historical and de facto ways of working amongst political parties means that this law is insufficient to address gender gaps. This is also reflected in Colombia’s Index score on women in parliament (Ind. 5.4), on which the country scores a ‘very poor’ 38 points for 2020.

Likewise, only 4 per cent of the total resources of the General Budget of the Nation (2019–2021) allocated to peacebuilding were directed towards gender activities, and no gender budget indicator existed to monitor those resources allocated (National Audit Office 2021).

This trend can be reversed by accelerating the comprehensive implementation of the Final Peace Agreement with a sufficient and available budget, as well as by creating mechanisms to guarantee that women and their agendas and proposals are represented in the implementation, governance and realization of the 2030 Agenda. This would mean that women benefit from peace and sustainable development alongside their communities. 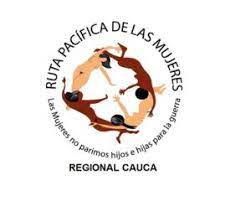